RIPS Security Studies Fellowship Program started in 1984 and produced 101 graduates by 2010, when the program was renamed as the Japan-U.S. Partnership Program. Under the new name 27 members completed their fellowships. Many of them have pursued active careers, introducing security studies programs in their respective universities, assuming important positions in national academic associations such as the Japan Association of International Politics and the Association of International Security Studies. Many of them also actively participate in international seminars and conferences abroad.
Since 2006 the program is extended to government officials of the Ministries of Foreign Affairs and of Defense. The mixture of academics and government officials help intellectually stimulate each other and enrich their views.
The fellowship runs for two years. In addition to monthly seminars, the program takes the fellows to South Korea to visit places such as the DMZ area and to hold discussions with Korean counterparts. They also visit Washington to visit the State Department and the Pentagon and to exchange views with government officials and think tank scholars.
For the last two years the program has been directed by Professor Jitsuo Tsuchiyama of Aoyama Gakuin University and Professor Matake Kamiya of National Defense Academy. 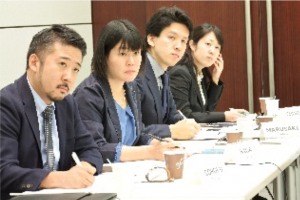 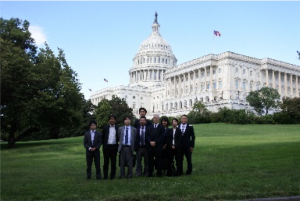 Mr. Matake Kamiya is currently professor of international relations at the National Defense Academy of Japan. He was a graduate of the University of Tokyo, School of Liberal Arts, and Columbia University, Graduate School of Arts and Sciences (as a Fulbright grantee). He is also editor-in-chief of Discuss Japan - Japan Foreign Policy Forum, visiting superior research fellow at the Japan Forum on International Relations, and a member of the board of directors of the Japan Association for International Security. He has been a signatory to Global Zero since December 2009. His current research interests include Japanese foreign and security policies, Japanese-style realism (genjitsu-shugi), the U.S.-Japan security relations, the Asia-Pacific security, and nuclear issues including Japan’s (non-)nuclear policy. His recent publications include: Security Studies, 4th edition, (Tokyo:Aki-shobo, 2009), The US-Japan Alliance: Where from and Where to?," in Carl Baker, et al.eds., Doing More and Expecting Less: The Future of Alliances in the Asia Pacific (Honolulu, Pacific Forum CSIS, 2013).

The Fellows meet at RIPS’ seminar room on a monthly basis for lecture-discussion sessions. Guest lecturers are invited to discuss up-to-date security issues. They are typically scholars and practitioners from universities, research institutes, and state authorities like the Ministry of Defense. After one-hour lecture, questions and discussions are open to the Fellows.

The research paper review sessions are met four times during the two-year term. The Fellows are to present their research questions, structure, methodology, and contents. Instructions are provided by the Directors and comments are also shared by the Fellows during the subsequent discussion sessions. Their final papers will be presented in June 2018. For each presenter, an external discussant (former RIPS Fellow) is invited to make comments and evaluations on his/her paper.

The Fellowship program also organizes a public seminar in Osaka every year. In this occasion, several leading scholars and practitioners are invited to speak on current security issues. The seminars are open to general public and questions and discussions are accepted.